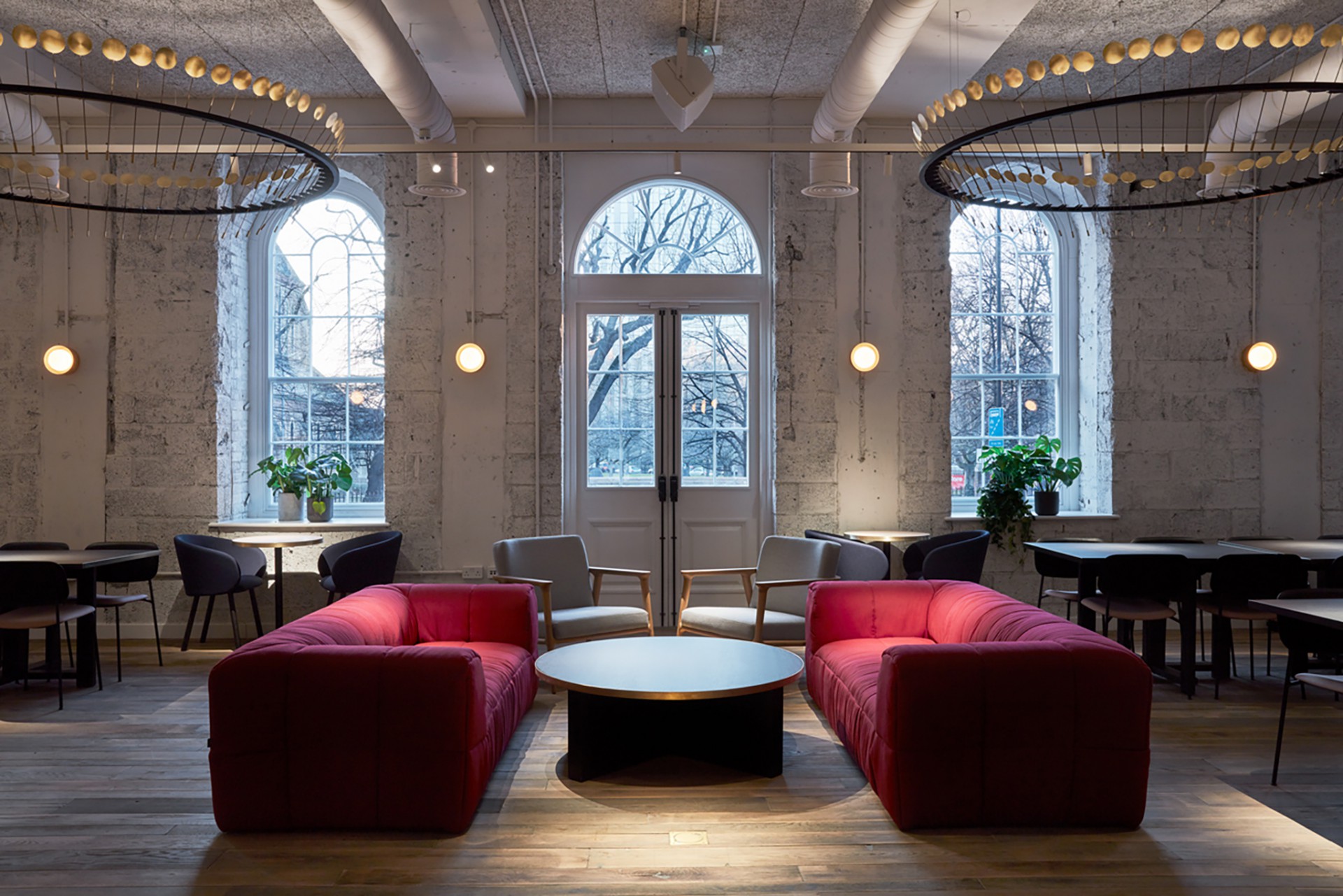 The brief from our client was to breathe new life into Bradmore House, an imposing building in the courtyard area of the Hammersmith Broadway. We loved the ambition – to create a new kind of members’ club, part workspace, part social, but with a strong community focus.

The building had been through several reincarnations over the years. The interior of the top level has Georgian panelling and carved decoration salvaged from the original house but the building was rebuilt in the baroque style in the 90s as part of the Hammersmith Broadway development.

Our design reflects the different ways the building would be used from an all-day café/bar open to the public at ground-level, to the other levels which are reserved for members.

We had a very tight timetable and so we immediately assembled a strong team including the contractor. The project started on site seven months after our initial meeting with the client and was finished just ten months later.

Our client and Kindred co-founder Anna Anderson said: “Where others had previously been put off by the boldness of the idea, Studioshaw were inspired, and their joy and determination was one of the main reasons we were able to get the project finished within near impossible timescales.”